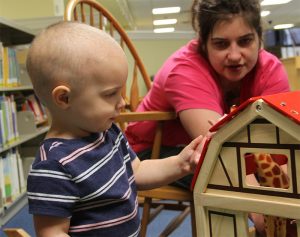 “Beautiful Disaster” says the tattoo about an inch above the vertical scar she bears from open heart surgery. Her arms are scarred from a workplace accident. Her piercing blue eyes are so light they are almost transparent. At age 27, Tara has already lived through more than most people will in a lifetime. And while many of us struggle to define happiness, for Tara it is very simple: Having all her children under the same roof.

Tara is the mother of four: Adrian and Ashton, 8-year-old twins; Owen, 6; and Taren, almost 3. The three oldest are autistic, the twins requiring extensive care. Like most mothers, Tara often questions if she is doing right by her children, but unlike most mothers, she has added pressure because until recently her kids were not allowed to live with her. 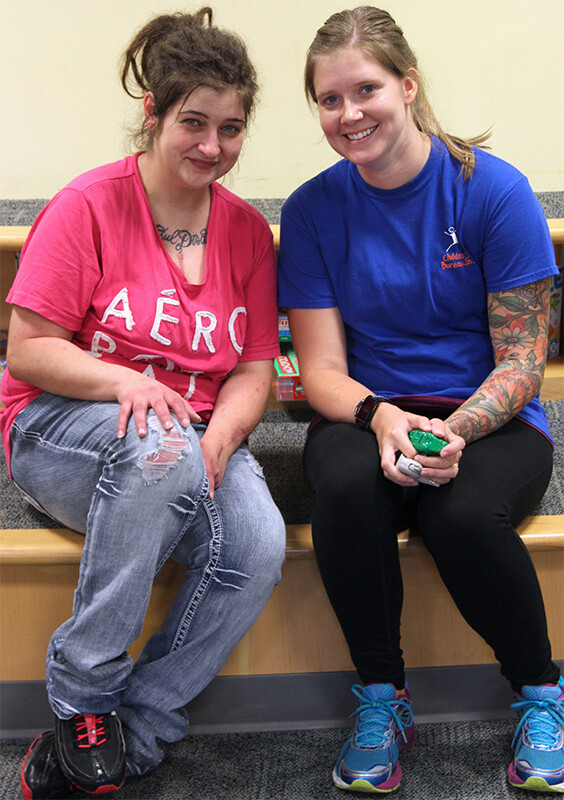 When Holly Brown, a home based case manager with Children’s Bureau in Boone County, met Tara about a year ago, things didn’t look promising. Tara has suffered with mental illness including anxiety, PTSD and social phobia for most of her life and was close to having her parental rights terminated. She had limited visits with the kids, who were in two foster homes. It is hard for Tara to talk about that time, “It was so awful when I didn’t have them. I need them.”

Holly and Tara got to work immediately. Holly’s focus was to get Tara to start believing in herself and to build her confidence as a mother. She connected her to ongoing support services, including therapy. The two were meeting as often as three times a week. “I wouldn’t have made it without Holly,” Tara says, to which Holly quickly replies, “Tara worked harder than anyone I know.”

“I didn’t think I could appreciate [my kids] any more than I already did,” Tara says, and her eyes fill as she watches daughter Taren play amongst the shelves at the Lebanon Public Library. “That [having the children removed] will never happen again. I can’t believe it ever did.” She has survived a lot already and is cautiously optimistic about her family’s future. She has new housing and all four kids are back home. 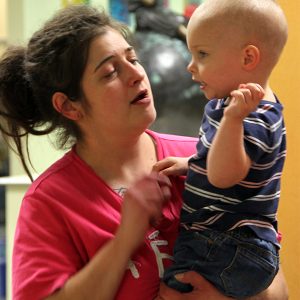 Tara continues to work with Holly and the rest of her support team on time management, organization and building resources. She laughs when she admits that Taren, her spirited toddler and only child without special needs, is often her biggest challenge. “I don’t know normal,” she says.

Like many mothers, Tara wishes she would quit comparing herself to others. Holly frequently compliments Tara’s parenting style and says she has a very calming presence and excellent intuition about her children and their needs.

Tara’s wishes for her family are simple but sincere: She wants her children to grow up right next to her in a safe environment. She wants to minimize meltdowns, especially with the twins. She wants her family to need for nothing, rather than to want for nothing. “My children belong with me, and I belong with them. I love everything about them, and there is just no word for how great it feels [to be reunited],”she says. The road ahead for Tara’s family is a long and winding one, but with Holly and others walking alongside, they are ready to make the journey.