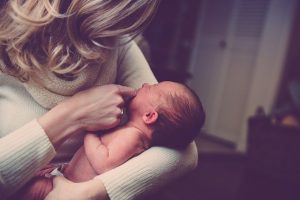 I don’t know about you, but I love a good “underdog” story. You know what I’m talking about, right? We’ve all seen them (or have probably at least heard of them): “Rocky”, “Hoosiers”, and “The Hunger Games” to name a few.

Why, then, do we fail to cheer for the underdogs when it comes to foster care? The biological parents are frequently the underdogs of each foster care story. They are the ones who face much adversity, often (though not always) experiencing addictions, abuse, neglect, homelessness, mental illness, etc.

Why do we feel it’s acceptable to think things such as “they are the worst people in the world and if they’ve had their child removed, they should never get him back. Period.”  I realize this sounds harsh, but I’ve personally heard more than one person say something similar…and even worse than this.

Well, foster care doesn’t work that way, and although I was not a fan when I began my foster care journey, over time I was able to be thankful for the process.

When our son first came to live with us, I heard about the biological parents from the DCS case worker. Not her opinion on them, but simply the basic info I needed in order to care for this sweet, 3-month-old boy with high-medical needs. And since I didn’t know much about the biological parents, I basically filled in the blanks and came to my own conclusions about them. Yes…fair or unfair (spoiler: I’ll go ahead and tell you that it was completely unfair), that’s what I did.

But, at the second court hearing, the judge ruled that if the parents wanted to regain custody of their son, they would have to attend all of his doctor appointments. And I am here to tell you there were a lot of said appointments for that sweet boy (not all kids, not even most kids have lots of medical appointments…but for him, there were many).

I hadn’t really met the parents prior to that, so honestly I was terrified. I had heard stories about how the biological parents are oftentimes angry at the foster parents because they view them as the ones who took their child (which is clearly not the case, but understandably they wanted someone to blame). And I was not itching for a fight. Quite the opposite, in fact.

But the initial appointment, though awkward, was not nearly as horrific as I thought it might be. And then the subsequent appointments got easier. Never easy…I won’t lie. But easier and much less cumbersome than you might imagine. I personally believe that a big part of it was that through all my time spent with the biomom, I came to realize that she was just a person too. She loved her son, just as I loved him, even though she could not care for him.

She was not the evil monster I had created in my mind. She had done the best she knew how to do for him. And honestly, that’s all that any of us can do…it’s just that some of us have more opportunities to understand what children need, as well as the resources, options, and support to give.

So when a child is reunified with biological parents, and it is good and healthy and loving, it is absolutely the thing we should be cheering for.