This year the team “Our Drinking Team Has a Trivia Problem” dethroned two-year reigning champs “Those M.F.ing Prosecutors” (M.F. stands for major felony). The foursome — Jaimie and Matthew Cairns and Marcie and Michael Vance — had placed second in Trivia Night 2014. (Full list of team standings below.) 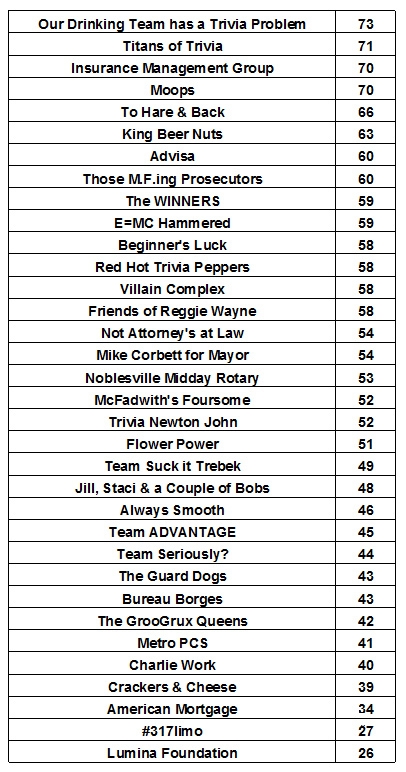 Trivia Night was formerly held by Promising Futures of Central Indiana, a non-profit youth services organization that merged with Children’s Bureau in December 2013. The event is now organized by Children’s Bureau’s Young Professionals Advisory Board.

Special thanks to the Noblesville Moose Lodge for providing the space for this event and to our sponsors: